Sydney and Back Home

Well, I’ve been back to the states for a bit now just hadn’t had time to sit down and write a posting. For the last part of the trip we stayed in Sydney for 3 days, mostly with the idea of we were kind of in the area so why not stop by. The flight from New Zealand to Sydney wasn’t bad at all, very smooth and fast. Air New Zealand is a great airline and would easily fly them again. 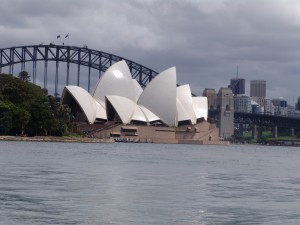 My overall take to Sydney is that it’s just like any other big city with busy people rushing back and forth, not saying anything bad, just nothing different than taking the train to go into Boston. Also the fact that we coming from a beautiful place like Queenstown kind of puts a damper on going to a city. 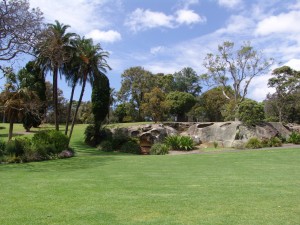 Still was fun walking around the city, the walk to the Sydney Opera House has you go through the Royal Botanical Gardens which is full of many different types of plants and birds.

Besides walking around the city, we ate at some fancy places, one of them being Quay, which was voted top restaurant in Australia along with a Japanese place called Yukis in same place building. Both restaurants have a very beautiful view of the Opera House along with lovely food. 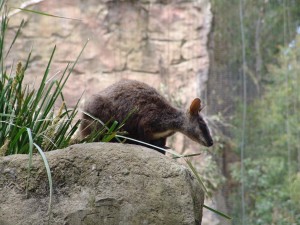 Across the harbor from where we were staying is the Sydney Zoo.  The Zoo is huge and one of the best I’ve seen.  The variety of animals is large and the area of the park is huge.  To get across the harbor we took a water taxi, which gave us a nice quick ride from the Opera house to the Zoo.

Sydney is nice, good to see but I don’t think I would go back to that part of Australia. I would want to check out some less busy parts of the continent.

Over all the honeymoon was great, I’m sure I’ll be heading back to New Zealand at some point in my life.

On a side note, I will never fly United Airways again….they are a horrible airline.