So after settling in, Sarah and I had a nice relaxing day around the city. We ordered rooms service for breakfast, (because we can!) and both have a very delicious eggs Benedict. (Eating them so fast that I didn’t get a photo). After eating I went to get my hair cut from a place right down the street. It was nice talking to an native New Zealander about New Zealand though at one point he started talking about his hobby with American cars. I guess he takes trips over to the states to get Ford Mustangs and ships them over to NZ. There are types of car shows that he enters his cars in, I’m sure my director/boss would love it over here! After getting most of my hair cut off Sarah and I went to the spa for a bit and headed back out to the city.

One of the things we checked out was the Sky Tower, which from the name you can guess is a big tower in to the sky! We got a nice view of the city and some nice photo of a lady jumping off the tower (This is something you pay to do…). They also had glass floors around the edges, very fun to freak yourself out by stepping on them. There is a nice little sign that tells you everything is going to be ok if you step on the glass. For dinner Sarah and I had Thai, it was alright nothing over the top. I find the place that I go to in Ipswich better! 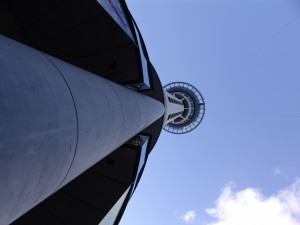 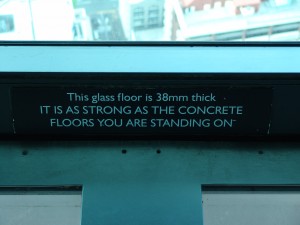 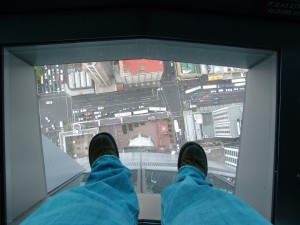