Out of Auckland and to Queenstown

So, I have been a bit behind on my blogging as I have been in Queenstown for a bit now, the reason for this is a mixture of being very tired and just heading to bed or being sick from a migraine, but tonight I had some free time and I hope I can catch up.

For our last day in Auckland Sarah and I just walked around to get a feel for the city. We started by checking out the Auckland War Memorial and Museum. Overall it was a small museum, but with a lot of good information about Maoris and New Zealand. To reach the museum was quite a good walk (up hill) through an area called Victoria Park. After the museum, we headed towards the docks hoping we could eat lunch at a Japanese restaurant that was recommended in a travel book. Sadly, this place was out of business. Wondering the city a bit more we found what looked to be a shady ramen shop, but to our surprise, the quality of food was quite good. After some more wandering around the city, up hills, both ways, it was about dinner time and Sarah & I still had a hankering for Sushi and as Auckland has a million sushi places we started looking around for one that looked good and was open. A thing to keep in mind about Auckland is that it is a 9-5 type of place. A lot of things are not open late at night, which strikes me as odd, because it is a college town. We stumbled upon a place called Sansui and was blown away. The waitresses were dressed in traditional Kimonos the sushi chef was visible from our table and the quality of food was great. They went over the top on everything, even explaining the dishes to us, and the menu even listed the healthful properties of the various foods. What I thought was great was the desserts, I ordered a dish called Go All Blacks! (All Blacks is the local rugby team and they are quite good). It was a very fitting dish and very decorated up, to the point that I grabbed my camera to take a photo which for me, is saying something. 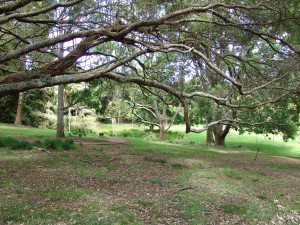 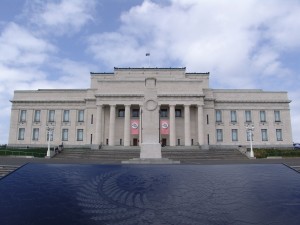 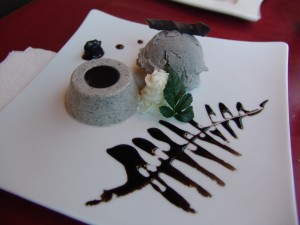 The next day we headed to the airport to take a flight to Queenstown. This was a smaller plane, as it was a domestic flight, a bit of a bumpy ride but with lovely views from the windows. We exited the plane on the runway and was welcomed by an astonishing view quite fitting from something out of Lord of the Rings. I couldn’t help but continuously look at the view on the way to the hotel. I do have to say this is one of the most beautiful places I’ve seen. This place seems to have a quite active winter and summer with tourism, which also seems to be the only seasons they have here, from talking with the locals. People are way more laid back and relaxed. Some of the areas seem to have a spring break feel to it as there are a good number of younger peoples here.

I will be making a other posting about Queenstown with some nice photo! :)